A good friend came to me with a question…

Here’s a REAL LIFE STORY about setting and enforcing boundaries and sticking up for those you love from someone close to me (I got his permission to share!).

A close adult male friend of mine shared with me yesterday that his step mom pulls his 10 year old little brother’s hair when she gets upset with him. She has also pushed him into a mailbox, hits him, slaps him in the face, and yells and speaks to him very disrespectfully. She hasn’t done anything to my friend, just his little brother.

My friend sees how it affects his little brother and it upsets them both because no one deserves to be hit for any reason or spoken to that way. His little brother has called him multiple times crying and saying how much it hurts and that he just wants to come live with my friend.

My friend came to me with his concerns and then asked after a pause, “what would you do?”

I took a breath and thought for a moment and then asked him what he’s tried to do or say in the past already?

He replied that he’s had many talks with his step mom about how much her words and behavior hurts his little brother and that it needs to stop. He’s suggested to her that she get therapy to learn better communication skills and how to not resort to getting physical when she’s frustrated. She got a therapist a while back after he suggested it – but it was for my friend’s little brother, not for her! He’s also talked with his little brother for hours to support and comfort him and let him know that he’s a good kid and doesn’t deserve that kind of treatment.

I asked my friend how long has he been telling his step mom that her behavior is not ok?

He said at least 2 years.

Two years of talking to her with verbal words and nothing has changed and it’s getting worse.

It clicked and I said “it seems that words aren’t hitting home for her, it’s time to change your behavior towards her.”

He looked at me sort of curious…

I said “we can’t change other people with our words or otherwise. All we can do is change OUR behavior towards them and around them. You can set a boundary with her. Boundaries aren’t about control or manipulation. They’re about the quality of interaction with other people.”

I could see it was starting to make a little more sense and he said, “you’re right, I haven’t changed my behavior, I’ve only tried talking with her.”

I said, “exactly. I think it’s time to let you know how serious you are about this and let her know that it’s gone on long enough and you can’t stand by and watch her abuse her son and your little brother anymore and set a boundary.”

He started to perk up a little bit and get hopeful about this potential solution and then started trying to figure out what to say to her.

I suggested we figure out how he’s going to change his behavior first.

I started to throw out ideas: maybe don’t spend as much time talking or interacting with her. When you visit their house, spend your time with your little brother. Or better yet, pick up your little brother and go spend the day together and don’t even interact with your step mom. When you go to visit, stay at someone else’s home in the area. Anything you can do to prove a point that she is negatively impacting her son in an abusive way and that you just can’t tolerate seeing her abuse him anymore.

I said it’s a fine line too because she isn’t doing anything to you specifically, but you are in a place where you see your little brother getting treated this way and you have to protect him and stick up for him when he’s not able to himself.

I reiterated to him, “Again, it isn’t about ignoring someone as “punishment,” it’s simply another way to communicate how much something means to you and that it hurts YOU to see it happening to someone you love and you can’t just stand by and watch.”

He understood fully and was feeling energized!

He then wanted to figure out what his “consequence” of his boundary was. When can his boundary stop? What is the timeline? What would he need to see in her behavior to see progress? Since he doesn’t live in the same household with them, how would he know if things were different?

We pondered that for a little bit, then I said, “how about you say something like, ‘unfortunately I’m not confident that things will change anytime soon because we’ve been having this same conversation for 2 years and nothing has changed, so until you’ve had 6 months straight of consistent weekly therapy on how to communicate with and discipline your son with consistent respect and no physical hitting, this is my stance.’”

He liked that a lot because he believes in the power of weekly therapy and is confident that if she address the real and underlying issues that she’ll start to change her behavior. I said, even if she tries to side-step any issues in therapy or play the victim or blame, I think the truth will come out eventually and the therapist will pick up on that. Although not all therapists are created equal, they are very astute.

I cautioned him too that his step mom is also the “gatekeeper” to his little brother and may prevent you spending time with him, but he quelled my fears and said that his dad would not allow that to happen which I was happy to hear.

I also told him to be cool as a cucumber when he states his boundary to her. The less emotion the better. If she retorts or gives excuses or says that’s a terrible idea or criticizes my friend or anything at all, I said just repeat your boundary statement again and again to get your point across, emphasizing your feelings and why this is extremely important. I told him not to engage very much. Simple, sweet, and to the point. This isn’t mean to be an argument.

Then I told him, “after that, the next step is to start living your boundary and do not waver from your stance!”

“If she comes back in a week or a month and tries to engage, simply restate your boundary in a respectful way and say, ‘I am still fully committed to what I said before and still believe everything I told you then. Please get help if you want our relationship to change.’”

I told him that if he didn’t stick to his guns of 6 months, then she’d learn that he may go back on what he says, that he doesn’t keep his word.

I told him that IF he was at risk of going back on what he said, that he can reduce it to 3 or 4 months of weekly therapy for her in the beginning, make that your initial boundary. Try not to change it halfway through. I told him in this situation though, 2 or 3 months may not have the impact of changing her behavior for good.

We left the conversation with my friend feeling confident and energized to try a new angle with trying to get the abuse to stop with his little brother.

His final boundary looks something like this. Notice these things to a successful boundary:

“Hi step mom, as you know, I feel protective of my little brother and have expressed concern to you about how your communication and harsh discipline makes him feel upset, scared, hurt, disrespected, and angry. Myself and your other adult kids have all expressed our feelings to you about it and unfortunately it is still happening and seems to be getting worse in our opinions. That being said, I cannot stand by and watch my little brother get so hurt by you anymore and just wanted to let you know that I will not be talking with you over the phone or coming over anymore unless it is to pick him up and we’ll go spend the day together, just him and I. I feel that strongly about this that I am choosing to not engage with you anymore because it just hurts me too much what you’re doing to him. I’d feel good about reengaging with you once I am confident you can communicate and discipline him in a respectful way which would mean you’ve completed 6 straight months of consistent weekly therapy. We can revisit this once you’ve completed that, and know that if you come to me looking to engage before that time, that I’ll simply repeat what I’ve said here again and my stance will be the same.”

I am grateful that my friend has trusted us with being a safe place to share his story. I am so hopeful for him and I hope to get his permission to keep you updated on how it goes once he states his boundary to her!!!

Please join my free community of women to get added support on how to set boundaries at The Assertive Woman Community. You can post freely about certain situations and get help and support from myself and others.

And if you need more private, focused help, I offer 1:1 coaching as well. If you’re interested, start by filling out my survey HERE.

Handle the 17 most awkward and uncomfortable holiday festivity situations with assertive confidence and ease!

Yay! Check your inbox for your guide!

We will never share your email address, even if they offer us one billion dollars :) Thanks, Sarah 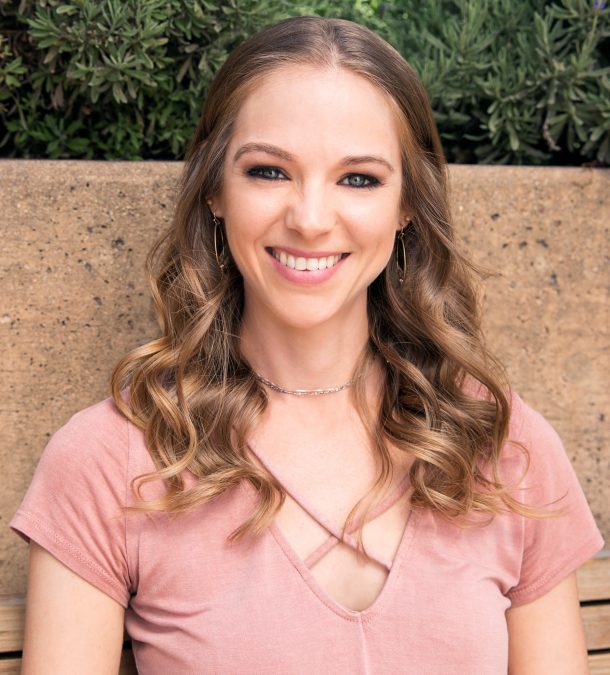 I'm working on a short course on How to Set Boundaries that covers when to set boundaries, knowing exactly what to say, and what to do if it doesn't go well! Join the waitlist so you'll be the first to hear when it's ready!

Remember we'll never share your email address with anyone! Thanks, Sarah